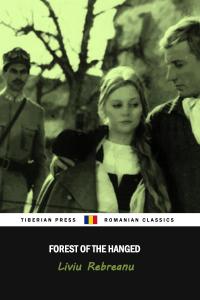 During World War I, a Romanian from Transylvania enrolls in the Austrian-Hungarian army to impress the woman he loves. As Romania enters the war on the opposing side, his conscience is tormented by the prospect of fighting against his ethnic kin.

Forest of the Hanged (original title in Romanian, Padurea spanzuratilor) is one of the best Romanian novels ever published, a world-class psychological novel of a caliber equal to the works of Remarque and Hemingway. It has 4 stars on goodreads.com, and was made into a critically acclaimed movie (Best Director at 1965 Cannes).

Be the first to know when Tiberian Press releases new titles.